The Transport and Freight Forwarding industries are calling for urgent intervention at the Beitbridge border post where a humanitarian disaster is unfolding, at the same time creating a potential COVID-19 catastrophe which also threatens a cholera outbreak.

Mike Fitzmaurice, the Chief Executive Officer of FERSATA (Federation Eastern and Southern Africa Road Transport Associations) says COVID-19 regulations and restrictions introduced at the beginning of December have severely compromised the flow of traffic through both sides of the border post.

There is only one place for testing with a single entry and exit point, creating a massive bottleneck that stretches from Musina (Limpopo) on the South African side to the border post, and for more than 20 kilometres on the Zimbabwe side.

In an open letter to Health Minister Zweli Mkhize, the organisations have called for an urgent intervention, outlining the grave conditions but have to date not received response from the Minister.

“The congestion, aggravated by the annual increase in traffic at this time of the year, has already cost South Africa lost revenue. During the first three weeks of December, the cost of delays at Beitbridge was almost R88-million per week. Queue time delays for trucks amounted to R609-million per week, amounting to R2 092 860 000 to date.

Chairperson of the South Africa Association of Freight Forwarders (SAAFF) Dr Juanita Maree says: “These losses to the South African economy add to the massive R442- million already lost during the 27 day-blockage to northbound traffic that took place in November.”

Dr Maree points out that drivers in the queues have run out of food, have no water for drinking or washing and there are no toilet facilities. Criminals are looting and stealing from the trucks and drivers have given up hope of getting home to be with their families, while sitting in unbearable heat of more than 40 degrees.

Fitzmaurice says that reports of corruption are rife with some traffic officials said to be accepting bribes of R1 000 from drivers who jump the queue.

Dr Maree believes that the way to de-congest the border – the one testing point is open during the day only – is to suspend COVID-19 testing for drivers and close the boarder at night for travellers and bus traffic. “The southbound trucks with no loads should then be moved across in batches alternating with loaded trucks. The northbound truck traffic can be pushed through at night.

“The situation is desperate as this disaster is having a severe impact on supply chains throughout Africa.   Much-needed goods - including essential items – are simply not reaching their destination. There is no quick solution but if government is willing to partner with the Private Sector, we can restore the smooth flow of goods and people across the border preventing a humanitarian disaster and the economic collapse of the region,” she concludes. 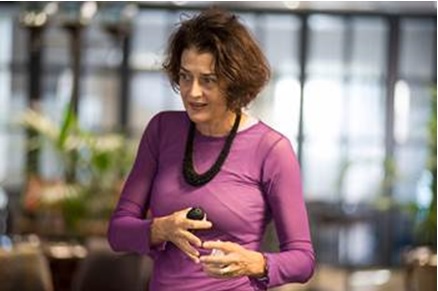 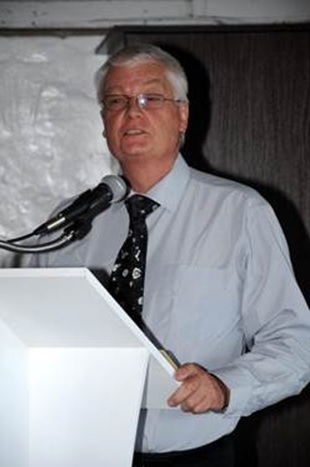 South Africa has the largest and most successful NRTA in the region. Eight countries (DRC, Kenya, Malawi, Mozambique, Namibia, Rwanda, Tanzania and Zimbabwe) have NRTAs which are of varying strength. Five countries (Botswana, Burundi, Swaziland, Uganda and Zambia) are represented by one person behind a desk in a company and who is the chairman of the NRTA.

About the South African Association of Freight Forwarders (SAAFF)

SAAFF was formed in 1921 and is a national association with members throughout the Republic of South Africa. While it attends to matters of national interest, its constitution permits regions to form chapters of the association, to deal with local issues. Five regions have qualified to establish their own chapters:

The Association is a non-profit organisation governed by a constitution which provides for a board of directors, with a Chairperson and Vice Chairperson. Its directors are highly experienced, senior executives from member freight forwarding companies, who are nominated and voted for by these members. A CEO reports to the Board of Directors and manages and directs the association.

Freight forwarding plays an essential role in international trade and our members are dedicated to facilitating this activity through their involvement in the management of transportation, customs clearing, documentation, third party payments and many other elements of international supply chains. We call the freight forwarder the “architect of transport”. Globalisation and the need to reduce cost over the entire supply chain have re-focused the freight forwarder in ways that are innovative and functional.

We have 195 guests and no members online